You are here: Home / About Us / About Trevor Silvester 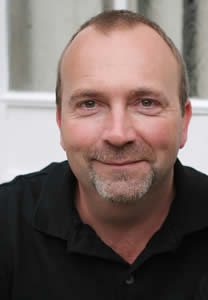 Trevor is the founder of Cognitive Hypnotherapy and the Training Director of The Quest Institute. He has over 25 years experience as a therapist, much of it in Harley Street, and is the former editor of the Hypnotherapy Journal of the National Council for Hypnotherapy.

Trevor has gained a reputation as one of the leading experts in the theory and practice of hypnotic language, and his integration of modern scientific discoveries into the practical aspects of therapy has made him one of the key figures in the modern therapy field.

He is a Fellow of the National Council for Hypnotherapy and in 2003 received their Researcher of the Year Award for his groundbreaking book Wordweaving: The Science of Suggestion. He was a Keynote speaker at their international conference in 2006, and in 2007 received their highest honour, the Hartland Memorial Award, for his outstanding contribution to Hypnotherapy.

He is the author of six books, and has been translated into six languages.

Wordweaving: The Science of Suggestion

The Question is the Answer: Focusing on solutions with Cognitive Hypnotherapy

Cognitive Hypnotherapy: What’s that about and How can I use it?

Lovebirds: How to live with the one you love

How to Click: The Art of dating with confidence

Trevor has appeared on BBC Breakfast, the Steve Wright Show on Radio 2, and has had articles printed in many major magazines and newspapers.

I press play on the CD player and the opening bars of Madonna’s ‘Holiday’ suddenly filled the car. Instantly my two sons, Mark, 7, … END_OF_DOCUMENT_TOKEN_TO_BE_REPLACED