As part of the Quest Hypnotherapy Diploma, you can elect to take the Hypnotherapy in Practice Diploma (HPD), which is awarded by the National Council for Hypnotherapy (NCH).

Upon completion of the HPD, successful candidates will be awarded a certificate of achievement by NCFE. The HPD has been accredited by the NCFE as having measurable learning outcomes that have been benchmarked at Level 4 (using Ofqual’s Qualification and Credit Framework (QCF) level descriptors).

The NCFE is recognised as an Awarding Organisation by the qualification regulators for England, Wales and Northern Ireland.

The NCH has been approved as an NCFE centre and the HPD has been accredited by the NCFE to guarantee that it is of a high standard and meets the rigorous requirements of a national awarding organisation.

NCFE accreditation gives assurance that the content of a training course is of a high standard and meets the rigorous requirements of a national awarding organisation.

NCFE accreditation also gives formal recognition to our courses which result in the ‘award’ of a certificate of achievement. This award does not qualify you for a nationally recognised qualification. 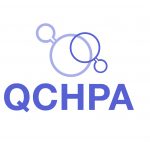 The award of the HPD through the Quest Institute will make you eligible to join the Quest Cognitive Hypnotherapy Practitioner Association (QCHPA). Only members are able to use the the fabulous results from our published research in their marketing.

I press play on the CD player and the opening bars of Madonna’s ‘Holiday’ suddenly filled the car. Instantly my two sons, Mark, 7, … END_OF_DOCUMENT_TOKEN_TO_BE_REPLACED