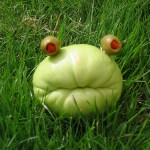 For most of my life I’ve been at war with vegetables. Apart from peas, pretty much they were just table decorations – and salad? Well, salad came in for a particular level of contempt. Despite a lifelong enjoyment of keeping fit, I spent little time thinking about keeping healthy through my food choices, and what is probably just a lucky constitution allowed me to get away with it. 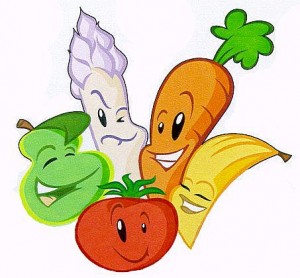 That’s changed. In the supermarket this week I stood beside my wife looking at the salad display and said, “What shall we get, they all look delicious?” And I wasn’t joking.

At this point I suppose you’d expect me to start talking about a marvellous bit of therapy or a new technique I’ve developed that has led to this transformation, but that’s not it at all. It came from a simple question, and it started because I set myself a goal.

I’m lucky that I’m surrounded within the Quest network by a lot of people who inspire me. They discover new things, they take on new challenges, they stretch themselves in new ways. In other words, they quest. One of these guys, Jamie Panter, posted on our forum about a book by Tim Ferris called the Four Hour Body, and how he was using the principles in it to get fitter. I’ve been searching around for a physical goal for a while and the spiel on Amazon intrigued me, so I got a copy. Tim is an interesting man. He strikes me as a guy who uses his OCD nature in a positive way to explore things that interest him. How his body works, and what it can be made to do, is one of those curiosities. He hooked me right away because he doesn’t stick with received wisdom, he explores the edges of fields such as strength training, endurance sports, and diet. What he had to say about diet got me started. Most people would consider me reasonably slim, but my body fat is higher than you’d imagine. He was talking about how to reduce body fat, not lose weight, and that interested me. So I decided to give his way a go. Please understand, this is not a diet. Diets don’t work, they make you fatter. This was just a different way of eating to manipulate your metabolism. It includes a number of hardcore things – like icy showers – but I thought I’d start off easy and just cut out the things he says contribute to fat gain, principally white carbs – that means, rice, bread, sugar and potatoes. What you can eat is meat and vegetables (no fruit). You see my problem?

Anyway, I committed to it. I made myself a wordweaving download to support its principles and I asked Bex to put any veg she chose on my plate and I promised to eat it without complaint. For the first few days I had a mantra: I was eating meat and medicine, and it got me through the strangeness of it. Then I became aware of an increasing dissonance in my head. If it had been a conversation it would have gone like this:
“This actually tastes ok.”
“No it doesn’t, you don’t like veg.”
“But, you know, actually, I am really quite enjoying the tastes and textures.”
“Shut up. You don’t like veg.”
“I know I didn’t but…”
“La la la…NOT LISTENING. You aren’t someone who likes vegetables.”

And then a question sprung into my head: “Who would I be if I did?”

It was like a bucket of cold water. It was like walking into a glass door you didn’t see because of a daydream. It was a sudden, shocking moment of waking up. In an instant I realised that all these years it hadn’t been about the veg, it had been about ‘who would I be if I…” 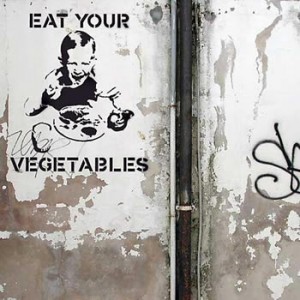 Like a film on fast forward I recalled images of the times I was made to stay at the table to finish my dinner when everyone else had got down. I can remember hiding things under a lip of the dinner table, and putting loads of salad cream on my plate so I could sink the salad beneath it out of the view of the shrewish dinner ladies. At home and at school my childhood finickity nature with food was confronted, and it became a war. Me against authority with green things as the battleground. And I don’t remember ever losing. My whole life I’ve reacted strongly, including over-reacting, against anyone imposing their will on me, and never realised that lettuce was at the root of it. Who would I be if I was someone who ate vegetables? The answer my unconscious was using was clear: A weakling. Someone who surrenders. Someone who does as he’s told. It was around this moment that I walked into the glass door. What a load of rubbish. I’d been a version of myself based on that?

The edifice collapsed. If it’s not about vegetables, then it was time to create my own relationship to them. Who would I be if I was someone who liked green stuff? Someone who instantly felt happier, more in control of their choices, and definitely healthier, that’s who. How weird. I’ve realised that I’ve been carrying a stomach around inside me that’s been unhappy with my diet for so long I’d forgotten it could feel any different. For the first time it now feels like it belongs to me. And it’s going to be interesting to see how I’m changed in situations where I feel I’m being manipulated.

Who would I be if I didn’t?

This question has become a very important one. Bex and I have started to use it when we confront any limitation or reluctance to do something. “I don’t want to…” is met with “Who would I be if I did want to?” and it’s led to some interesting realisations, especially that a lot of things I ‘don’t want to’ I’m glad I did after I’ve done them.

In my latest book I made the point that we are the creators of ourselves. This food experiment has given me a chance to witness that fact, from the exposure of an unconscious belief, to its instant updating when opened up to the light of the present day.

What has come from this is the importance of questing. In my Peak Performance course I speak about setting unreasonable goals, ones that you have to adjust your world to be able to achieve, ones that are beyond your sensible expectations. This question has given that a new focus. If that goal is unrealistic, who would I be to be achieving it?

So, I’ve set some goals. Ali Turner went from not running at all to a half marathon in 12 weeks. Another great Questie, Mani Hirani, ran a marathon from never running at all in just six months. I’m going to run in next year’s London marathon. Tim Ferris claims you can run it without huge training mileages. I’m going to try that.

On a recent holiday to Spain we stayed in a hotel where few staff spoke English. The cheek. I am someone who expects people to speak my language. Who would I be if I wasn’t? I’m going to learn a foreign language while I run.

And another questie, Lenny Deveril West, has just started a 100 press up challenge. I think I’ll give that a go too. And if anyone reading this thinks “I don’t do press-ups”, ask yourself, “who would you be if you did?” You might find yourself enjoying being you even more. That’s what I’ve found that question has done for me.

The book that made Tim Ferris’s reputation was the 4 hour work week. I’ve read that too, and it’s made my head spin. I’ve worked a minimum of six days a week for the last 11 years – and thought that a good thing. Who would I be if I didn’t? So I’m going to adjust my business so I can cut my hours drastically. Who do I need to be to achieve that? I’m looking forward to finding out.

So, here’s a challenge: If you’re not someone who can ask someone out. Ask yourself “Who would I be if I was?” and act upon the answer.

If there’s something holding you back from something you’d love to do ask yourself “who would I be if I was the kind of person who did what they loved?” and act on the answer.

You get my drift. Set an unreasonable goal, ask the question, and act from within the answer. And let me know what happens.

I press play on the CD player and the opening bars of Madonna’s ‘Holiday’ suddenly filled the car. Instantly my two sons, Mark, 7, … END_OF_DOCUMENT_TOKEN_TO_BE_REPLACED