You are here: Home / News / Not another goal-setting blog!

I’ve been a fan of goal-setting for a very long time, so it was interesting to read last week that an Essex job centre had boosted by 20% the number of jobseekers finding employment. They did so merely by making some changes to their procedures at the suggestion of a government team called the’ nudge unit’ (who use many of the same principles that Cognitive Hypnotherapists use in their suggestions). One of these was for the jobseekers to make written commitments about what they would do in the next 14 days in regard to finding work. Setting goals clearly works, and writing them down makes them work better. Telling other people what those goals are boosts your chances even more, so I should be telling you now what mine are going to be, and yet I find myself approaching 2013 a bit differently.

The only resolution I’m committing to so far, after Bex bought me a fabulous book for Christmas, is to read a poem every day. It’s not that I’m abandoning the idea of achieving things – I know that by the end of this year I will have written another book, and have launched the new-style Diploma course. I may even have run a personal best at some distance or another, and I may lose a bit of weight. So I have no doubt that this year I will rack up some things I can tick off, but they’re not what I’m going to gauge my year by, they’ll just be actions I’ll have taken. What I want to focus more on is getting better at living, and in 2012 I’ve learned a lot about how to do this from some everyday extraordinary people.

Precisely a year ago a very special woman died. Her name was Oz, and she was one of the most radiant people I have ever known. You easily get a sense of her gift for life in her blog http://www.bubbleofhappiness.co.uk/

She died after fainting and hitting her head while in India at a Yoga retreat. As random and unlikely an event as you could imagine. The accident happened the day before the love of her life was going to propose, and a few weeks after she had quit her day job to commit fully to the life she wanted to live as a yoga teacher and cognitive hypnotherapist. We plan, the universe laughs. 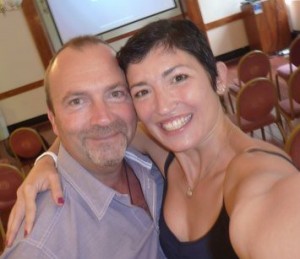 The world lost all the possibility having a life like Oz on the planet could have brought, and so many people who knew her have carried that loss with them all year, Bex and I included. We know that energy cannot be destroyed, it can only be transformed, and I’ve witnessed that this year. The wonderful, open, loving, joyful, adventurous and beautiful energy that was Oz has been transformed by so many people who loved her – and some who didn’t even know her – into something else that has changed them positively, in large or small ways. With Bex and I, Oz has become a touchstone for remembering to savour the moment, to dare more, to plan less, to value just being and not to measure ourselves solely by tangible results. Giving Oz a voice in our choices is continually teaching us to savour life in the moment, and has kept her with us. I don’t think she’ll ever leave.

Through Facebook her fiancé Marcus shared his year, which he’s packed with travel, pilgrimages, and volunteering in a Kenyan medical centre. Using the word ‘inspirational’ to describe others tends to be overused these days, but no other fits. I have no idea how he has found within him what it’s taken to transform his love of Oz into the action he’s taken – and the benefit to the world he’s brought. He has cared, given and shared every step of the way – and now he has transformed that spirit into a travel blog http://www.marcustravels.net/ where you’ll learn even more about squeezing the most from life than you will about places, and most of it boils down to giving service to the world, in whatever capacity you’re able. For him to be able to teach us this while carrying the loss of Oz within him is a wonder, and I thank him for it from the bottom of my heart.

Finally, is someone else who, like Oz, began as a student of mine, became a friend and then a teacher to me.

Sue Carl is a busy mother, nurse and cognitive hypnotherapist http://www.thecroftonpractice.co.uk/ Within Quest she is universally known as Loopy (as a name, not a diagnosis) because of the energy she brings into any room. You always know when she’s arrived. Her spirit and ability to extract fun from every situation is utterly infectious. Her daughter Jess is a junior member of the GB judo team and a serious future Olympic prospect. Sue obviously has had to spend a lot of time taking her to events and, not content to just sit and watch, she now assists the team.

This year, rather than sit on the settee and watch the greatest show on earth, she volunteered as a Games maker. In a previous blog I mentioned how I’d swallowed the negative press about the Olympics and responded to the feeling that it had been taken from us by vested interests (especially after only being able to secure two tickets to the canoe sprint) by distancing myself from the whole thing. My attempt at being a curmudgeon dissolved in the first 30 minutes of the brilliant opening ceremony, but even if it hadn’t, Sue’s facebooking of her experiences at the games would have had the same effect. 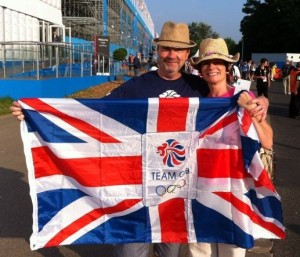 Her example inspired us to drive from Norfolk to Slough to watch four minutes of canoeing – and if we’d had to walk it would still have been worth it. We saw a Team GB gold medal won, and added our voice to the soundtrack of the games and our flag to the pageant. Sue taught me the importance of participation – that you’ve got to be in it to live it – and I plan to do more of that this year too.

So my year begins goal light, but intention heavy: I intend to savour – especially the ones I love – as much and as often as I can, to serve, to join in, to find joy wherever I am, and to be open to learn from everyone who has something to teach me (whether they realise it or not).

I hope this New Year brings you what you’d most like to look back on in twelve months’ time.

On this first anniversary of our loss I want to share the poem I randomly opened the book to this morning because I found myself substituting Oz for the word Hope.

Hope
Hope is the thing with feathers
That perches in the soul,
And sings the tune – without the words,
And never stops at all,

And sweetest in the gale is heard;
And sore must be the storm
That could abash the little bird
That kept so many warm.

I’ve heard it in the chillest land,
And on the strangest sea;
Yet, never, in extremity,
It asked a crumb of me.

I press play on the CD player and the opening bars of Madonna’s ‘Holiday’ suddenly filled the car. Instantly my two sons, Mark, 7, … END_OF_DOCUMENT_TOKEN_TO_BE_REPLACED