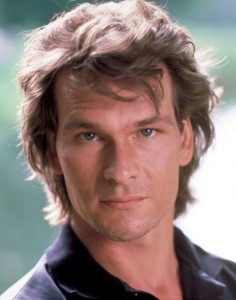 I spent yesterday sad at the passing of Patrick Swayze. Strange, isn’t it, how we can be moved by the circumstances of someone we’ve never met? I can’t claim him as a hero because I don’t know much of him as a real person, but I connected with him in some way through many of the roles he played, especially in Roadhouse.

Why we respond to certain actors, or certain types of character, has been something that has interested me for a long time. On our Diploma course I teach an exercise called Trackdown. Clients identify their favourite childhood book or film, and their favourite book or film now, and look for links between the two. Then they think about how those similarities are present in their life story. There’s a bit more to it than that, but it’s amazing how often clients will have a moment of insight about how the narrative of their life has echoes of themes in their favourite stories. In my case my favourite story as a boy was King Arthur, and my favourite film as an adult is The Matrix. If you think about it, they’re the same story. Neo is Arthur, Morpheus is Merlin, etc.

As a child I didn’t feel that I fitted into my family; I have a brother and sister who are adopted, and I was sure I must be too, and I spent a long time waiting to be ‘recognised’ by someone who would elevate me to my ‘rightful place’. So I spent a long time going precisely nowhere. Releasing myself from that story has changed my life, and made ‘Take Action’ my mantra.

The basis of this projection of ourselves into a story is called isomorphism, and it’s why metaphors can be so effective in communicating information – our brains look for an equivalence between the story and our own situation.

So when I watch Swayze my mind is projecting something of myself onto him, either something I see as similar, or something I wish for myself. So when we watch actors who epitomise the virtues we desire, in some way, at some level, we become them, so their passing is a small personal death as well.

So I want to thank Patrick for the effect he had on me, and the chance he gave me to imagine myself as I’d like to be; I’d like to think that perhaps in that way he lives on in many of us.

I press play on the CD player and the opening bars of Madonna’s ‘Holiday’ suddenly filled the car. Instantly my two sons, Mark, 7, … END_OF_DOCUMENT_TOKEN_TO_BE_REPLACED