You are here: Home / Articles / Power Balance bands. Does the science matter?

I was interested to read recently that the company who make Power Balance bands were forced to admit that there was no credible scientific evidence to support their claims. 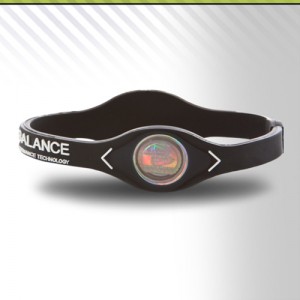 Before I go any further, for those of you who haven’t come across them, a Power Balance band is a silicon bracelet that contains two holograms which – the makers claimed – enhances your strength, balance and flexibility. Many celebrities and sports people, including David Beckham, have been seen wearing them and many swear by their effects.

I’ve been wearing one for several months. In fact I’ve worn two at different times: one I bought from their website, and one my son bought on EBay for £2 – ie a fake. The interesting thing is, I found that they both caused a measurable improvement in my performance – especially in my range of motion when kickboxing. What is particularly perplexing – and you’ll have to trust that I’m not just being wise after the event – is that I thought the science behind their claim was baloney from the start.

So why wear something you don’t believe in? Because it’s not me who has to believe it, it’s my unconscious mind that has to be fooled – and that’s not difficult. 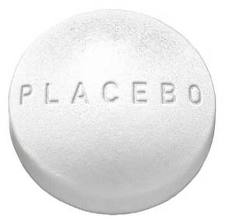 Recent research has overturned the notion that the placebo effect only works if the person it is being used on isn’t aware of its nature. Prof. Ted Kaptchuk of Harvard Medical School divided a group of 80 IBS sufferers into two groups. One group received nothing, the other received tablets they were told were”placebo pills made of an inert substance, like sugar pills, that have been shown in clinical studies to produce significant improvement in IBS-symptoms through mind-body self-healing processes”. It even had ‘placebo’ printed on the bottle.

After three weeks almost twice as many patients treated with the placebo showed a significant relief of their symptoms compared to the control group.

We like to think of ourselves as logical and rational – and of course we can be, given the time. However, 90% of the actions we take are driven by the unconscious, and research is showing that it doesn’t use logic to decide on our responses to things, because the evolutionary drive that caused it to develop was based on a need to make rapid survival responses. So it uses a number of algorithms – calculations that lead to predictable outcomes. Some were identified by the Czech mathematician George Polya – he called them ‘patterns of plausible inference’. Others were described in psychologist Prof. Gerd Giggarenzer’s book Gut Feelings. He called them rules of thumb. Yet more were described by a world authority in the science of persuasion, Professor Robert Cialdini. They have come to be called Alpha Strategies. Simply put, they are the means by which we become unconsciously convinced by something – and it’s now recognised that the convincing is done largely out of our awareness, which is why the advertising industry uses them to sell us products, and why ‘neuromarketing’ is attracting a lot of attention. They can be very effective but, because they are designed to decide things quickly, they can be error-prone.

In the case of their being convinced that Power Balance bands work, for your unconscious, seeing is believing. There is a simple demonstration that ‘shows’ it increases people’s strength. I’ve done it on dozens of people – and I know that it works if I also use another object instead of the band (like a tangerine). However, the fact that the unconscious sees a demonstration that plausibly infers a quality possessed by the band, then it is likely to accept that quality as a fact. It’s a little like the visual illusion I’ve included here.

Even when you prove to your conscious satisfaction that the balls in the centre are the same size you are still unable to update your impression that they are different. It can be the same with our problems. The change has to be convincing to the unconscious, and to convince it you have to play by its algorithms.

With the placebo experiment there are probably other algorithms at work. We have been conditioned to accept the notion that taking a pill will make us better, so even the symbolism of doing so can invoke a healing response. An Alpha strategy focuses on the power authority has to convince us – so in an experimental situation our unconscious is highly suggestible to people in white coats (for example). The word placebo has no effect, the factors that create it unconsciously do.

This is very important in Cognitive Hypnotherapy. We utilise these patterns all the time in our work with clients to influence their unconscious in such a way that they become convinced of their improvement. Our whole treatment planning is based around three core algorithms we call TAOTM (the algorithms of the mind) of which the others I’ve mentioned are examples. We uncover the patterns that are supporting the client’s issue and work to change them, and we identify the patterns that would convince them they’re getting better and we work to replace their problem patterns with their solution patterns.

We think the key thing is to do so at the unconscious level. Using our conscious, logical thinking can lead to a rewriting of the unconscious inferences that create our issues, but it tends to be hard work and quite clunky, and takes longer. Working more directly with the source of the issue – the unconscious – not only tends to bring benefits more quickly, it tends to be perceived as an easier process by the client.

So, don’t worry if people mock you for your magnetic bracelet, or your power balance band, or your healing crystal. If your unconscious has taken a shine to it, just enjoy the benefit you feel it brings. And remember that the problem that seems so hard to shift is just the result of the calculations your unconscious is making. The brain is plastic, these patterns can be changed, you can improve. I explain how in more detail in my new book.

I press play on the CD player and the opening bars of Madonna’s ‘Holiday’ suddenly filled the car. Instantly my two sons, Mark, 7, … END_OF_DOCUMENT_TOKEN_TO_BE_REPLACED