You are here: Home / Articles / The Bruce Lee Approach to Therapy 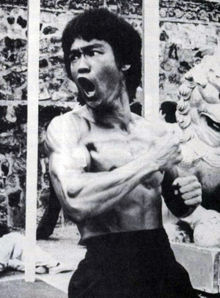 Everyone knows of Bruce Lee as a kickass martial artist. As a child I was mesmerised by his skill and dreamed of running away to the Shaolin Temple that Kwai Chang Caine waited outside in the TV series Kung Fu. Sadly my Mum wouldn’t give me the bus fare.

Despite that inauspicious start I still have a deep admiration for Lee’s dedication to his craft – and increasingly to the side of him that many know nothing of; his Philosophy. Bruce Lee thought extensively about the deeper aspects of his craft and, as a therapist, I see deep similarities between some of his key principles and those of Cognitive Hypnotherapy. Try these as examples:

As we learn techniques to use on our clients it is natural some will appeal more than others. As a consequence it’s very easy to fall into the Procrustean bed of therapy where we squeeze the client into the technique, rather than adapt our approach to fit the client. I often hear therapists say things like, “regression doesn’t work on my clients”, or “EFT seems to work on everything”. In my opinion that’s the therapist creating that experience to justify their preferences. What I aim for with my students is the thorough familiarising of a great range of techniques to give them options, and then to let go of the differences there are between them and just flow from one to another in response to the client. When a client says “that’s didn’t work”, it’s just information that leads me to flow in a different direction – and to keep changing direction until we find the right place to be. The minute we become stuck in our way of doing therapy we become stiff and rigid, unable to flow into the gaps the client points us towards. So be water.

“Use only that which works, and take it from any place you can find it.”

One of the things I like about NLP is that it steals anything useful. A powerful technique called EMDR (Eye Movement Desensitisation and Reprocessing) was developed by Doctor Francine Shapiro. In essence it’s quite simple, but because a Doctor developed it they put a fence around it and only doctors and health ‘professionals’ were allowed to be trained in it. NLP infiltrated, modelled it and now calls its version EMI (Eye Movement Integration) which I’ve used successfully on many occasions.

Look everywhere, not just inside your own field. And let go of anything the minute you find something better. A lot of stuff in Hypnotherapy is still taught simply because it always has been. In that sense I agree with Mao Tse Tung. Preach permanent revolution to prevent dogma and stagnation.

“Do not deny the classical approach simply as a reaction, or you will have created another pattern and trapped yourself there.”

At the same time, don’t reject something just because it’s old, or you’re simply in a ‘new is best’ pattern that will trap you. A lot of Freud is rubbish (there I go again with the opinions), but things like the Pleasure Principle are being verified by science.

“Jeet Kune Do: it’s just a name; don’t fuss over it. There’s no such thing as a style if you understand the roots of combat.” 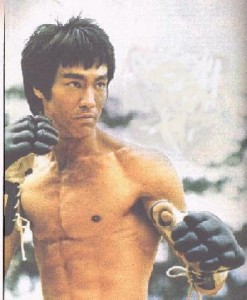 Jeet Kune Do is the name Bruce gave his approach to martial Arts, just as Cognitive Hypnotherapy is the name I’ve given to my approach to therapy. But, the thing is, the name isn’t what it represents. Jeet Kune Do is a mental approach to combat rather than a system. So is Cognitive Hypnotherapy in respect of therapy. The absence of ‘the truth’, the emphasis on adaptation and flow, the pursuit and assimilation of anything that works – that’s some of what the name denotes, not ‘we believe in X and this is what you do when faced with Y’. During the initial phase of learning form and structure are vital in order to train intuition, but later, everything should become water.

“I think the high state of martial art, in application, must have no absolute form. And, to tackle pattern A with pattern B may not be absolutely correct.”

You’ll be getting the point by now, I’m sure. Avoid certainty and set responses, and don’t belong to any approach which says their way is the way.

“The other weakness is, when clans are formed, the people of a clan will hold their kind of martial art as the only truth and do not dare to reform or improve it. Thus they are confined in their own tiny little world. Their students become machines which imitate martial art forms.”

How true is that of the therapy world? There are so many good techniques that should be shared, when instead barriers are erected around them, and each new step forward in the journey is mistaken for its destination. Even in NLP, which by its nature should resist this temptation, succumbs whenever someone says ‘this is NLP’. The minute you delineate it you restrict it. NLP is a process, from which many things emerge, but the things that emerge are not the NLP, they’re the product of the attitude that births them, just like in Cognitive Hypnotherapy.

“I have not invented a ‘new style,’ composite, modified or otherwise that is set within a distinct form as apart from ‘this’ method or ‘that’ method. On the contrary, I hope to free my followers from clinging to styles, patterns, or moulds. Remember that Jeet Kune Do is merely a name used, a mirror in which to see ‘ourselves’. . . Jeet Kune Do is not an organised institution that one can be a member of. Either you understand or you don’t, and that is that.”

Many people use the term ‘eclectic’ when describing their approach to therapy. In its dictionary meaning it’s a great description, meaning as it does, not following any one system, as of philosophy, medicine, etc., but selecting and using what are considered the best elements of all systems. On occasion instead I’ve found it to mean they’ve studied a lot of different things and chuck them at clients without really knowing why they chose one over the other. True eclecticism is rare, but is worth pursuing as an ideal. Be water, drawn from every ocean, sea, stream and river, and know where you intend to flow. Cognitive Hypnotherapy seeks for the best elements of all systems, and provides a model that gives you the most effective way of mixing them together differently for each person.

One of the most common things I hear during supervision is how complex clients are; how deep and tangled their problems. I don’t buy it. I’m a great believer in Occams Razor – the principle that states that the explanation of any phenomenon should make as few assumptions as possible. In other words, nature likes things simple. From a survival point of view our brains haven’t evolved to meander through complexity in the hope of the best solution to a survival problem. I always go looking for the deep simplicity in a client’s issue, and I usually find it.

“Simplicity is the key to brilliance.” 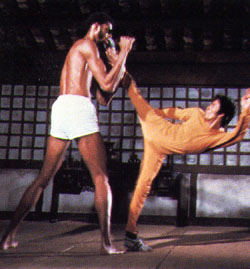 Here’s another analogy: a good burglar can take something from your house without leaving any trace that they’ve been there; a bad burglar leaves footprints everywhere. Some therapists need the ego stroke of having ‘their idea’ be the thing that helps the client, or they mistake their insight about the client’s problem as being the same insight the client would have. Your insight about someone else’s experience is always an ‘outsight’. I know several very good therapists who would be great if they realised that true brilliance is leaving the client feeling they found their own solutions. Our job is that of a guide, using great questions to help the client shine a light on their own resources.

Therapy is probably as different from martial arts in most people’s minds as you can imagine, and yet the more you think of it, the more similarities you might find. I’ll leave the last words to Bruce,

“Use no way as your way; Have no limitation as your limitation.”

I press play on the CD player and the opening bars of Madonna’s ‘Holiday’ suddenly filled the car. Instantly my two sons, Mark, 7, … END_OF_DOCUMENT_TOKEN_TO_BE_REPLACED